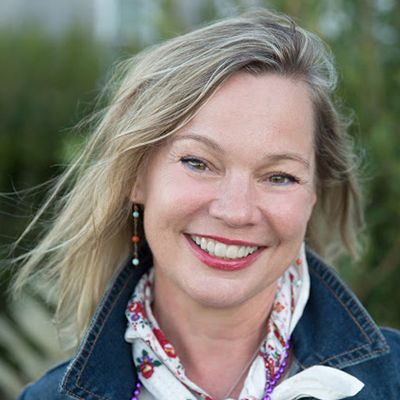 Ellen joined D-Lab as Development Officer in February of 2019.

She has worked at the intersection of human rights and social and environmental justice issues for over 25 years. She served 18 of those years with Save the Children as Director of Resource Development and Managing Director of the Leadership Council for Children in Crisis.

While at Save the Children, Ellen raised over $50 million in private and corporate funds; leveraged millions more in government, corporate, and foundation support; and also raised the largest planned and estate gifts in irrevocable, undesignated support. Ellen provided strategy, planning, and leadership to the development team and SMT for cultivation, solicitation and stewardship of donors, and for volunteer and board leadership. She also directed high-level donor field trips and events for donors, prospects, and trustees. One of her most satisfying accomplishments was creating the Children in Emergencies and Crisis Leadership Council, a high-level volunteer council comprised of program experts, trustees, and funders. She worked collaboratively across the agency to launch key new program initiatives and campaigns such as Save's international crisis preparedness and response programs, and the first school health initiative in Africa.

Since her time at Save the Children Ellen, has served as consultant and advisor to numerous organizations, ranging from a coalition to end forced labor in the international cotton industry, to an international tech group focused on carbon disclosure and supply chains, to a successful campaign leveraging private/public funding and legal action to restore and protect Long Island Sound, a critical ecosystem on the U.S. Atlantic seaboard.

Ellen has also worked with and produced several award-winning documentaries, including Born into Brothels, winner of the Academy Award for Best Documentary in 2005, and Valley of Saints, a Sundance Festival winner and Sloan Science Prize recipient as an independent feature film.

Ellen's volunteer service has included serving on the national Board of Fair Trade USA and as advisor to NY Rockland Farm Alliance along with community organizations in Vermont and Connecticut, her home state.