MIT D-Lab and some of our friends around the world have been leading Creative Capacity Building (CCB) trainings for the past seven years. During a recent CCB training in Kafue Zambia, D-Lab Founder and Co-Director Amy Smith took some time with D-Lab Partnerships Coordinator Dana Gorodetsky to discuss the origin, goals, and evolution of CCB – and some special “aha” moments she had along the way.

DG: How would you describe CCB to someone new – as a design methodology, an approach, a philosophy to development, or a training curriculum?

AS: Creative Capacity Building is a methodology that was developed by MIT D-Lab and our partners to enhance people’s creativity and build their confidence in creating technologies that can improve their lives and livelihoods.

DG: How and over what period did CCB develop?

AS: Creative Capacity Building began in the post-conflict areas in Northern Uganda in 2009. We had gone there with the intention of sharing some technologies that would help people with the transition from the IDP [internally displaced persons] camps to their villages, but what we found was that rather than a need for a particular technology, there was a need for something that would counteract the sense of dependency that had built up in the camps. So, we thought it was more important to teach people how to make technologies rather than how to use a particular technology. People there really appreciated this approach, largely because we treated them with respect and valued their intelligence and input to the process. Since then, we’ve refined and expanded our approach to be relevant beyond post-conflict areas.

DG: In what range of settings, locations, and with what kinds of participants have CCB trainings taken place?

AS: We have expanded CCB quite a bit since 2009, initially by continuing in Uganda after the encouraging results of our early work there, and also in other countries and regions around the world. In Africa, there are now particularly strong CCB programs in Uganda and Tanzania, and we have also done trainings in Zambia, Botswana, and Ghana. In other parts of the world, we have strong programs in Colombia and Guatemala, and we have also done trainings in Indonesia and the Philippines. In terms of participants, CCB tends to be a really nice fit with agricultural communities. Beyond learning skills and contributing to specific projects, people can sell the products they make with the skills they learned in a CCB training. For people with seasonal incomes like farmers, something like CCB can enable them to earn money during the non-harvest season, which can help them buy inputs they need to improve their crop. We’ve seen several examples of people in agricultural communities earning new streams of income from projects spurred by CCB trainings. We’ve also done CCB trainings in urban areas, working with young people to provide alternatives to joining gangs, and working with internally displaced people in Colombia to think about technologies that could help them move home after being displaced by the conflict there.

DG: How will CCB continue to grow?

AS: One of our approaches to strengthening the program and enabling scale has been to complement CCB workshops with efforts to train more trainers. We started this in Uganda, where we initially trained 20 local trainers who now work in 54 communities across the country to continue developing CCB – we’ve seen really wonderful things come out of this. Uganda has the biggest CCB program in the world right now, and they are actually part of a research project to understand the local impacts of CCB. Tanzania is another strong program, where two of our innovators from the International Development Innovation Network have been doing CCB trainings as part of a USAID-funded Innovation and Gender Equality project. Beyond this, we’re continuing to build our capacity to train trainers and we’re excited to be fostering a strong cadre of people who can conduct this type of training anywhere in the world.

An exciting direction that we are moving with CCB now is to work with humanitarian organizations to apply the CCB methodology in refugee situations, where we hope it will not only empower people to make technologies that can address the challenges that they face in the camps and settlements, but also help improve their psycho-social well-being. Design can be a powerful tool for development, as both the process and products can have an impact. This is especially important in the humanitarian context, where refugees have had to leave so much behind. CCB can help them regain a sense of control of their surroundings, build their confidence, create opportunities for income generation and make connections with other refugees as they work together on their design projects. We’re currently working on pilot projects with UNHCR, UNICEF and the Humanitarian Innovation Fund and hope that these will lead to larger projects in the future.

DG: Could you give me a couple of favorite examples of “aha" moments for you or for CCB participants?

AS: One of the things I love is the smiles on people’s faces as they complete their first corn sheller and realize how easy it was for them to build something that can impact their lives. There was a woman in one of the first trainings in Uganda who came up to me after making her corn sheller and said, “This is going to save me 100 hours of work this year.” Imagine in less than one hour being able to do something that could save you 100 hours!

Another thing I’ve seen, especially in Uganda, is the way that people are using design to generate income. For instance, a group there is using the design process they learned in CCB trainings to develop a full product line that they sell in the market. This group gets together at Lawrence’s house on Saturdays, listening to music and designing and making technologies. They’re now selling corn shellers, cook stoves, ground nut threshers, and potato slicers, and it’s just such a neat thing to see. For the farmers in the group especially, this is not going to be a full-time job, but it supplements their seasonal income.

And one more special moment. There was a woman in one of the trainings who, after she made her charcoal press, said, “You can call me Engineer Gertrude!” I think that really speaks to the power of CCB, which is not just about the technologies that you’re creating – although that’s part of it – but it’s really about the transformation of the people who go through the training. We’ve seen that they really think about themselves as people who can make a difference in their own lives, who can impact their own future. And this is one of the key things we want to do. 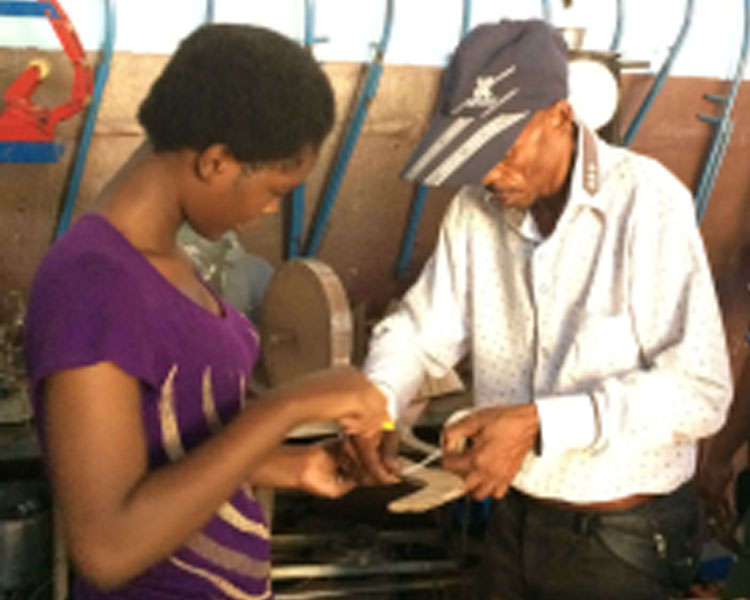 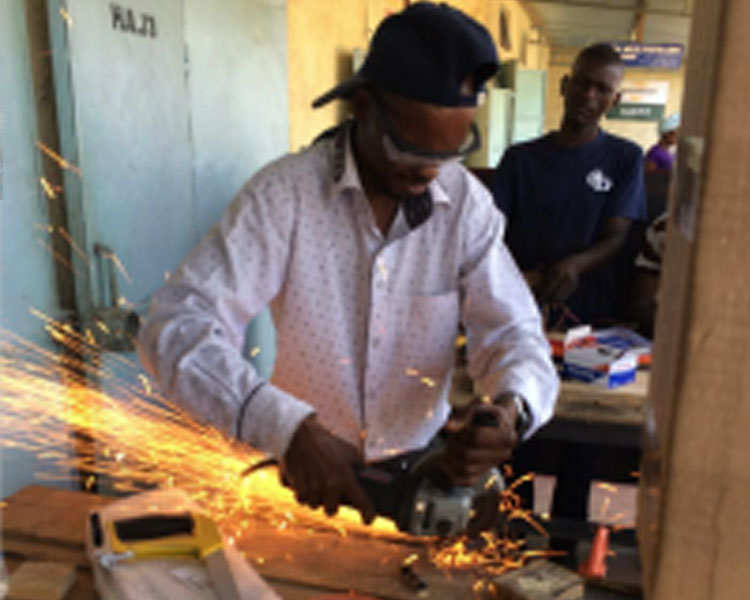 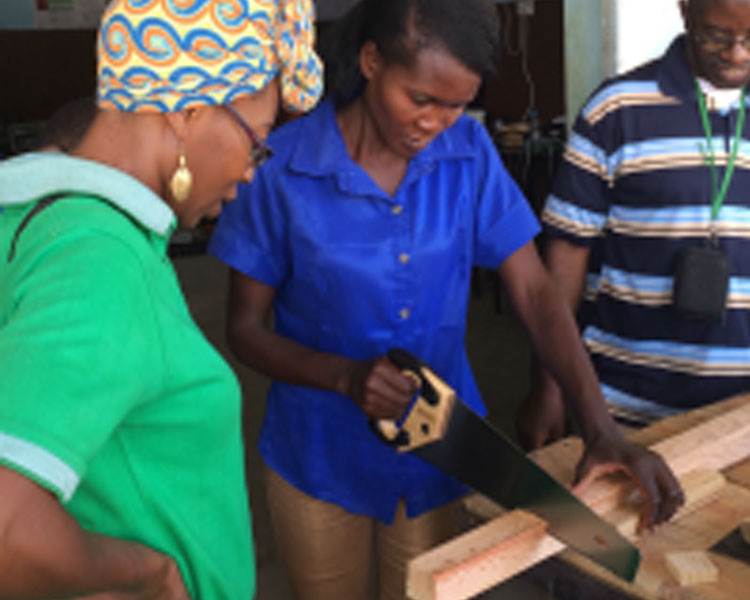