New D-Lab: Gender course to be co-taught by Martha Thompson and Libby McDonald

Kuna women discussing how they run their business on the Kuna Yala Island of Suitupu (Panama's Caribbean Coastline).

Gender is often a misunderstood concept that can elicit eye-rolling in some circles. “Oh now, you aren’t going to bring up gender, are you? We have lots of women involved in the (fill in the blank).” Gender is actually not only about women, but about the roles that society assigns women and men; how those roles affects relationships between them; and women’s access to resources, power, protection, and voice. Gender justice focuses on recognizing the unequal power relationships between men and women, and working to make those relationships a little more equal.

When I first became exposed to the idea of gender justice, a civil war was going on in El Salvador and I was an OXFAM program coordinator working with the civilian population living in conflict zones. I didn’t give it too much importance. We were involving women in our work, we were encouraging women’s leadership, and we were hoping that when the rebels became part of the government, they would champion women’s rights. What we were most concerned about was for the war to end so that the killing and terrible suffering would end.

I didn’t realize how limiting this view was, nor did I realize that it would have negative repercussions in projects I was working on. During the war, we were careful to provide equal aid to men and women in the conflict zones. We just didn’t get it that unless we understood the gender roles and limitations, that giving men and women the same resources would not make them equal. In the mountains of Morazan, a conflict area, civilians were returning to their homes despite the ongoing war because they could not survive when displaced to the cities. Members of twenty communities formed an organization called PADESCOMS to organize, seek, and administrate aid. As subsistence farmers, what they needed most was fertilizer to plant corn. Families would get fertilizer from PADESCOMS and then pay it back in corn at the harvest to get more fertilizer.

This project gave people in the conflict zones hope, and we made sure that every household headed by a woman received fertilizer. Initially the project was a success and all the female-headed households were able to pay back their share of corn. Three months later, though, those same households were doing very poorly. They didn’t have enough to eat before planting season rolled around. I decided to spend a few days walking around the communities and talking to people to figure it out. It only took me until lunch on the first day, when a woman invited me into her house to eat. I saw an older man out on the porch, also eating, and asked about him. “Oh, he is the laborer,” she explained. Then she went on to clarify that because women traditionally only performed certain agricultural tasks and did not know how to do the others, and they had no extra time (because they also had to run their homes), they had to hire men to do the other tasks and pay them in corn.

So households headed by women were faring badly because they had to both pay back the fertilizer and pay the laborers. It was simple: we hadn’t paid attention to the different roles that men and women play in these agricultural communities. Furthermore, a single mother with five small children could not look after her house, her children, and farm a distant cornfield by herself. It was my first introduction to the difference between involving and supporting women and being sensitive to gender, and I realized I needed to understand the gender roles more thoroughly if I did not want to inadvertently move women farther down the socioeconomic ladder.

Since then, over the past 30 years, I have worked as a humanitarian aid worker in conflict and emergency situations all over the world . This work has taught me that there are sharp inequalities between men and women pretty much everywhere. I have also discovered that those inequalities are deeply rooted in how societies see men and women, and that changing these perspectives on gender would be no simple task. However, roles can change because culture is not immutable.

Working in a war zone is a great demonstration of how cultural shifts happen out of necessity. In wartime, women take on new leadership positions and men learn to work with women and view them on a more equal footing. There is also a negative reconstruction of masculinity in war. Men who were previously law-abiding can be trained to use rape as a weapon of war. Thirty years ago in Darfur, it was considered shameful to attack women. Now Darfur is a place where rape is used with impunity as a weapon of war. Cultural shifts can and do happen. The question is, what can we do so that a culture shifts the scales towards justice rather than injustice?

I have met many people who tell me that gender justice is a “western concept” being imposed on people in other parts of the world. But I have never been to a place where some of the women or girls did not speak up about inequality or question the injustice of the role that society assigns them. And men are increasingly speaking up about these topics and connecting the dots between their concept of masculinity and the inequality between men and women.

D-Lab: Gender, a new course I am teaching in the fall with Libby McDonald, seeks to promote student understanding of gender roles and their associated power dynamics.Before we seek to understand how gender roles are defined in other societies, we need to be aware of how the society in which we grew up constructs masculinity and femininity –sometimes in ways in which we are not even aware. Therefore, the course will equip students to perform a gender analysis and a gender audit of different situations and seek to provide strategies to make a student’s work gender sensitive. We want students to be able to take what they have learned in this course and apply it to their work, whether in appropriate technology, agriculture, waste management, income generation, or other career paths. Hopefully, collective knowledge will prevent woman-headed households from continually falling behind! 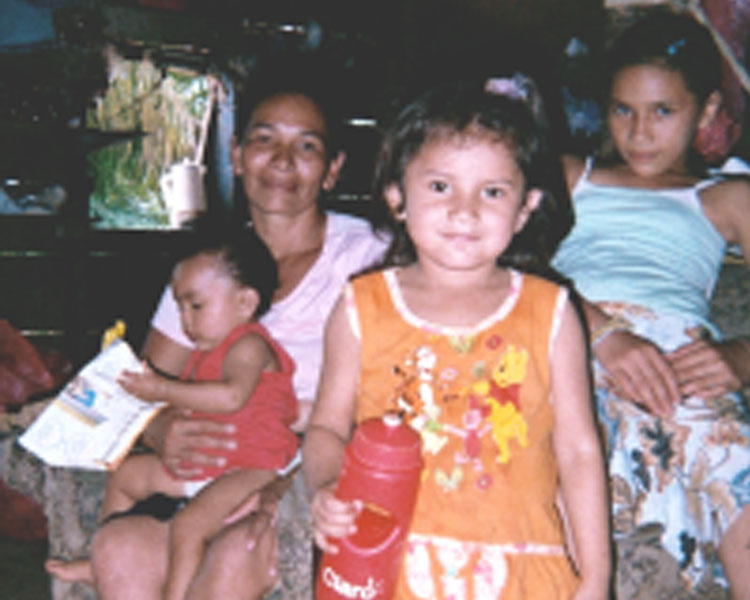