Each January, during MIT’s Independent Activities Period (IAP), the D-Lab Development class organizes trips to several countries to bring students and community partners together. In these trips, partners “borrow” MIT students for work on various projects and initiatives, and D-Lab students get a feel for what international development is like on the ground.

Here, MIT freshman Lynn Yu discusses her D-Lab trip to Brazil, and how it opened her eyes to some of the complexities involved in practicing international development.

I’ve been interested in working in development for as long as I can remember. As a child, I used to dream of being a heroic figure who didn’t follow the traditional go-to-college, get-a-job, live-a-stable-and-comfortable-life path. I wanted to be the person who devoted her life to bridging the gap between the rich and the poor, to bringing kids selling Sampaguita flower wreaths or begging for money on the crowded roads of Manila, in my home country of the Philippines. Before coming to MIT, I searched the Internet for development initiatives being undertaken here, and read about D-Lab. I fell in love with the philosophy of using technology as a tool to better the lives of those in poverty.

Going into D-Lab, I thought that we could bring in technologies that would change people’s lives within the brief time period we’d be spending in their communities. However, my IAP experience made me realize that this was a rather unrealistic, even naïve understanding of development. I realized that it was vital to keep in mind that no development project is introduced into a cultural or technological vacuum. Each community has unique traditions, values and ways of living that have been molded over decades or even centuries. It was ignorant of me to think that if I just worked hard on developing a great Reciclideas prototype here at MIT, we could simply bring it into the Dois Palitos favela, wow everyone there, and “improve their lives.”

During the semester, we worked on rebuilding the Reciclideas prototypes developed during the International Development Design Summit last summer in Brazil. They turn plastic PET bottles into strips that can then be easily used to weave baskets, bags and other marketable items. Before my IAP trip, I thought it was a perfect solution; not only did it recycle trash, it also generated income. When I arrived in Dois Palitos, I realized that I hadn’t really thought about what specific problem this “perfect solution” would address. Yes, the community could probably benefit from an additional source of income, but was this the most pressing issue that residents faced? Everyone could benefit from additional wages, but perhaps the most immediate problem that people wanted to see addressed in the community was something else, like the winding, steep, and unpaved roads that may pose a threat to the oldest and youngest members of the community. Maybe people cared more about finding a way to prevent teenage pregnancies, which seemed to be a prevalent issue throughout the favela. I realized how important it was to really take the time to talk to people and understand the nature of the problems in the community before trying to develop a solution.

I also began to see that development work is, by nature, incredibly complex and time consuming. For example, although many members of the community expressed interest in attending our Reciclideas workshop when we walked around the community advertising it, less than half of these people actually showed up on the day. We realized that everyone had busy lives, and it was unrealistic of us to expect them to immediately adopt the Reciclideas model as an alternative income generation method. Firstly, many people probably didn’t have the time to dedicate many hours to collecting plastic bottles, making strips and then weaving them in to products. Secondly, even if they did make many products, where would they sell them and to whom?

During our time in Dois Palitos, we also visited two different “catadores,” or waste-picker cooperatives, in the city of Embu. The first was a very small one, run by three men who worked together to sort trash brought to them by others in the community. We worked with them to build one Reciclideas PET bottle stripper. Afterwards, I felt so happy thinking of the wide-eyed, curiosity and happiness with which one man in particular had received the machine – he told us he was passionate about arts and crafts. I began to think that the Reciclideas project could potentially provide a viable alternative source of income for these men. After that, however, we visited a much larger center, and I was astounded by the incredible work they were doing. Lines of men and women painstakingly sorted out each bit of trash that could be recycled from a moving conveyor belt, and then crushed them using giant, mechanical press machines for further processing. These were the faces behind Brazil’s reputation as a world leader in recycling. I saw that these people served a vital function in society, and yet were paid so little. If we tried to “improve their lives” by encouraging them to use PET bottle strippers to make crafts and become artisans, who would take their place as trash sorters? Could we try to affect the market to naturally reallocate resources to provide these people with higher wages and better living conditions?

Through these experiences, I realized that there were an infinite number of variables that needed to be taken into account in development work - that there could be no singular “perfect solution.” Inspired by my experience in Brazil, I plan to pursue more economics classes here at MIT, in the hope that a greater understanding of markets will help in understanding and investigating development theory. 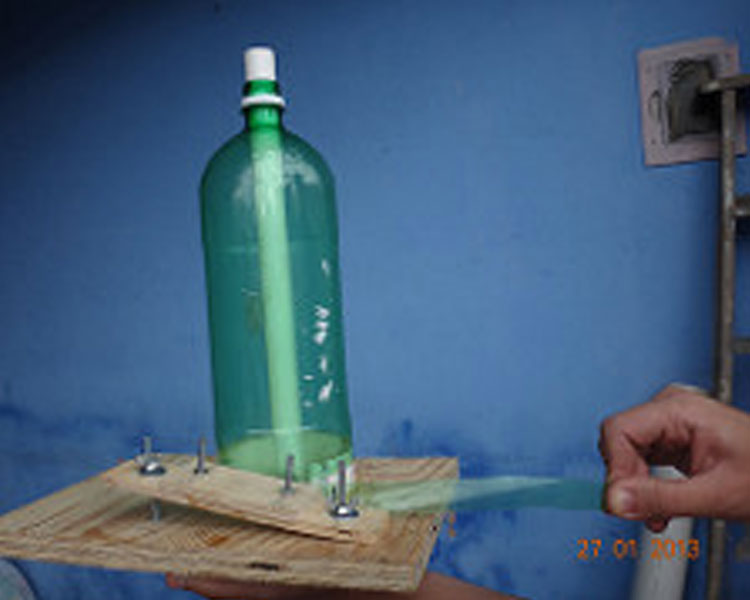